Veiove Animal Health was founded to focus on the veterinary pharmaceutical applications of the products developed by the research supply company Advanced Targeting Systems (ATS). ATS has been a pioneer in the use of targeted toxins to eliminate specific cells and their products and techniques have been used for over 20 years to create better animal models in research applications. Veiove Animal Health is a privately held company seeking a partnership to help translate a collection of IP assets under its control into a growth-stage animal health therapeutics corporation.

Douglas A. Lappi, Ph.D., is the founder and CEO of Veiove Animal Health. Doctor Lappi has trained at American (Stony Brook, UCSD) and European (Universitá di Bologna) universities and has worked under one of the greatest enzymologists, Nathan O. Kaplan, and two of the world’s greatest peptide experts, Roger Guillemin (Nobel Prize 1977) and Nicholas Ling. His expertise in targeting molecules to cell surfaces derives directly from that background. He is an author of more than 150 publications and presentations with thousands of citations, more than 10 issued patents and 3 books.  He founded Advanced Targeting Systems in 1994 and built it as President for 20 years before retiring in 2014.  ATS is now a world leader in providing research reagents developed in-house and vital in neuroscience and cancer research and development. He has received millions of dollars in grant funding, based on the applications of his discoveries, from the National Institutes of Health.  His discovery of SP-SAP has led to clinical treatment of dying patients, both human and animal, in pain from cancer. The applications of his inventions are numerous in the animal health arena. 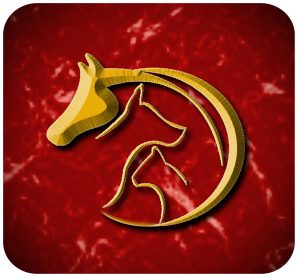